The Role of Artificial Intelligence in Tackling Climate Change Report

This event is part of Science & Innovation Dialogues, a plethora of online discussions facilitated by IRCAI, the British Council and the UK Science & Innovation Network. The aim is to highlight and stimulate scientific collaboration between the UK and Europe. This second series (early 2022) has been dedicated to Artificial Intelligence, specifically to the intersection of AI and climate, health, and education.

With the aim of highlighting UK leadership in AI, these dialogues also showcase science excellence in other European countries and bring out the importance of international research and academic collaboration. Dialogues also aim at facilitating exchange of best practice. Science & Innovation Dialogues bring together scientists from the UK and across ten countries in the Baltics, Central and Eastern, and Southern Europe. 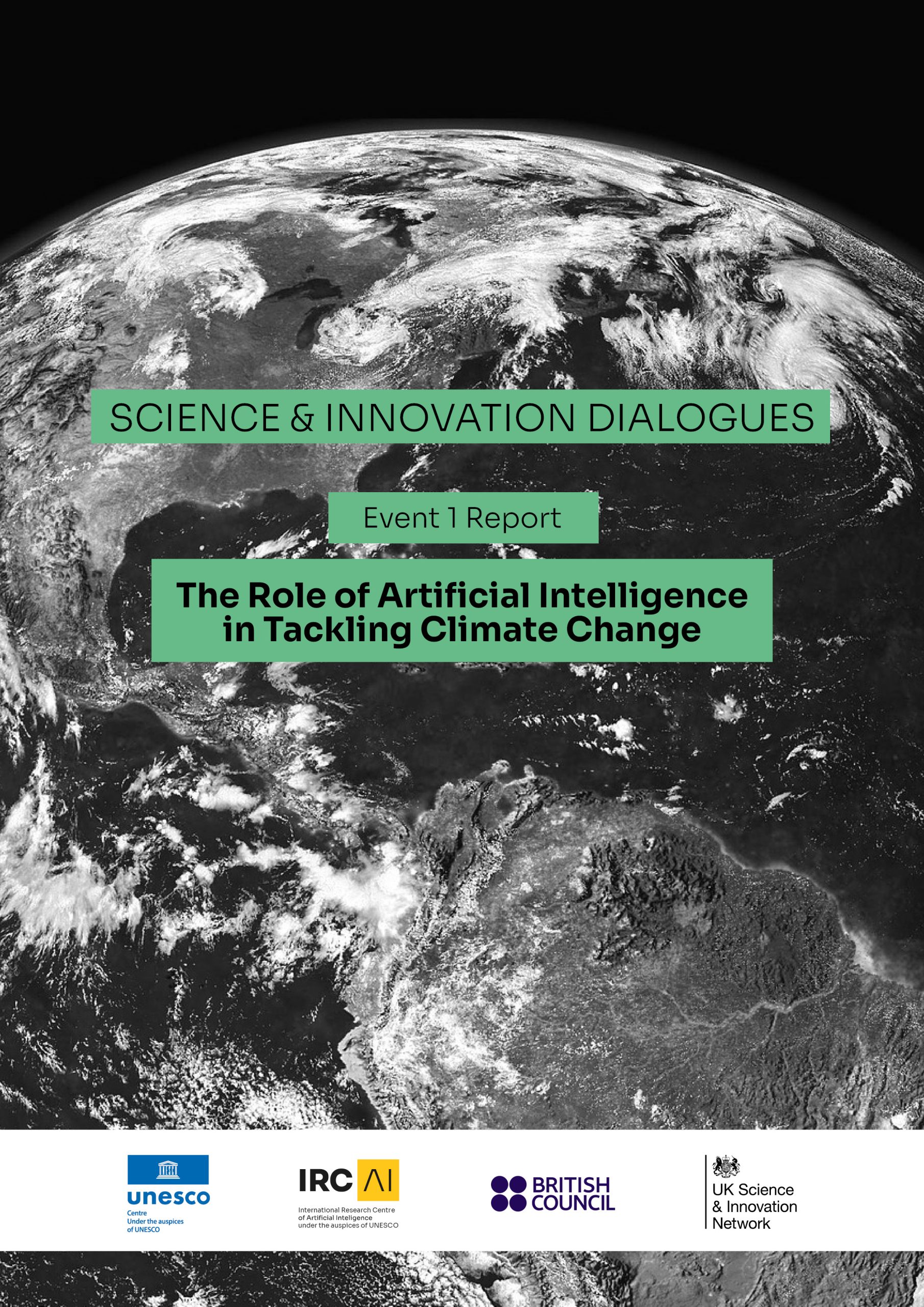